Similar to the Address book I worked on, I also managed to create a piece of software which would allow you to Bluetooth data from a single device, let’s say a mobile phone to a Mac computer and vice versa. I created this for ease of access on the files I already had stored and allowing me to easily trade these files between devices without faffing on with wires and cables, although the files which you could trade had to be fairly minimal in terms of size, it was perfect for this 10 years ago because of how small common file formats were anyway. 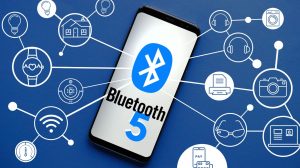 The reason I created the tooth application was so that it was possible to trade addresses with the GNUaddress application, giving you the same user data that you have collected on your Mac to your phone and any new data which you may get during the day you could then trade back with ease to your Mac device. The concept of sharing information over different devices via no cables was fairly new and for its time it was a useful piece of technology that got used to its full potential. All Bluetooth devices regardless of manufacturer would allow you to trade files in an instant causing you to use no money or wifi data whilst doing so, assuming you were close enough to get a connection making this certainly a viable option for data transfer back then.

Just like many things in the past which I have designed, I feel as this is one of the most outdated concepts which I have come up with, alongside the Addresses for GNUstep. This is mainly down to the fact that you can have something simple like Gmail on your phone and any other devices where you can store information on all platforms. Don’t get me wrong though, Bluetooth is still used in the modern day for such things as wireless A2DP Bluetooth headsets which works perfectly and I think it fits that purpose wonderfully but the data and file sending trend are over, due to the accessibility now with WiFi and larger file sizes.

If you’re interested in the GNUtooth application, alongside the GNUAddresses then please go check it out here.

Homebrew Applications in The Gaming Industry

The Days Before Netflix