Similar to what Microsoft did for all Window users, I made an application which allowed you to store all your home movies on any piece of hardware which was running MacOS X, allowing you easy view your movies, tv and film with ease, picking what you wanted to binge watch was the only difficult part! Similar to what I mentioned about the DSFTP App, I feel as though I may have been promoting the illegal download of movies in a way as this app offered an easy place where you could store anything you had previously downloaded, I wont get into that discussion again here however. 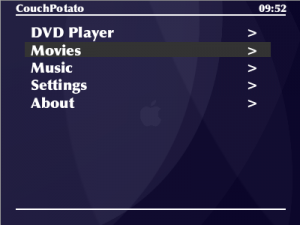 What Did CouchPotato Actually Do?

Besides from making you into a film addict, the application allowed you to take all your movies, DVD’s and music files and keep them all in one place without any effort needed from the user. This was kind of like the modern day Netflix in a way, as long as you had access to the movies and film already on your desktop, so not nearly as good but it acted as a hub similar to the modern streaming service and back then this was just as respected. Eventually I implemented a way where any movies that were linked to your Itunes account through Apple would appear on the application, this was perfect if you were purchasing your movies from their App Store for your phone and wanted to watch them on your PC instead and in better quality. 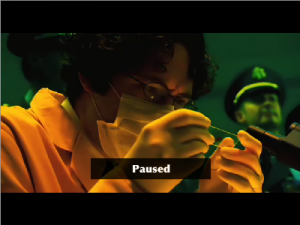 Does it still have a purpose?

Since the up rise of Amazon Prime and Netflix, applications like these somewhat get faded out for the fact that you can get access to a lot of TV for a great price one place and not to mention the fact that the internet has come a long way so streaming services have become widely accessible due to better connections so there is hardly a scenario where you are not connected to the web. Having saying this, I still think apps like CoachPotato are great and out of everything I have created in the past I still think it can be pretty relevant today, assuming if I was to work on it again and better the style as well as making it compatible to a wider audience. This is due to the fact that having a ‘hub’ for your favourite TV and Film that you already have access to is just a great thing to have and always will be in my opinion.

I recommend checking out the original CoachPotato app in all its glory if you’re interested in this kind of thing, let me know what you think.

Homebrew Applications in The Gaming Industry